We awoke Sunday to another sparkling morning in Spain, cloudless and warm. It’s been Southern California kind of weather here, clearly one of the reasons many northern Europeans have come to Spain for years for their holidays. We are staying in a small holiday villa outside of the small town of Blanca. It has two bedrooms and a full kitchen, and a comfortable outside deck overlooking a grove of olive trees. It’s about a 15-minute walk into the town along a somewhat windy road. We’ve not actually tried it and based on timing may not. It’s comfortable just hanging out on the deck.

We had a tapas lunch yesterday after meeting our friends, which was the point of this diversion to a region less visited than other parts of Spain. Blanca is small but friendly and Judith and Mark have gotten to know some of the locals, like the waiter that took care of us. 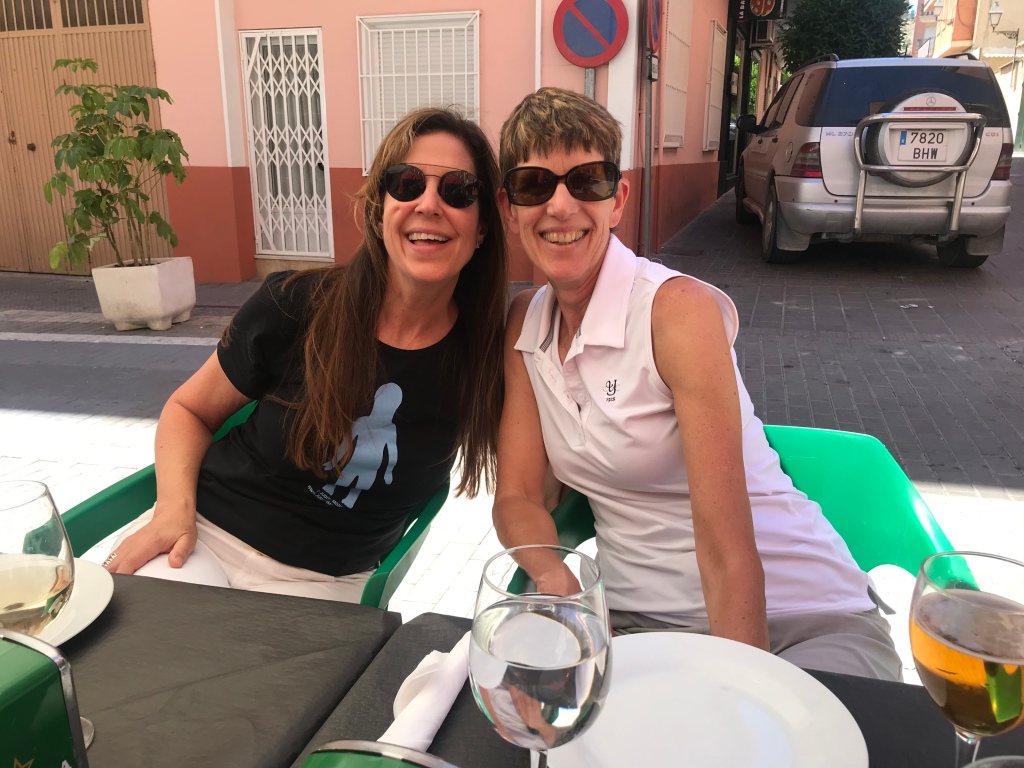 We also visited Judith’s studio. It’s really kind of interesting that this otherwise podunk sort of village would have this art center that sponsors artists from around the world to come and work. A new crop of residents was arriving this weekend. The town is in a fertile river valley that we understand is a bit greener right now because of an unusually heavy recent rain than is normal for this time of year. The village sweeps up into the foothills of the surrounding mountains, with some impressive views. 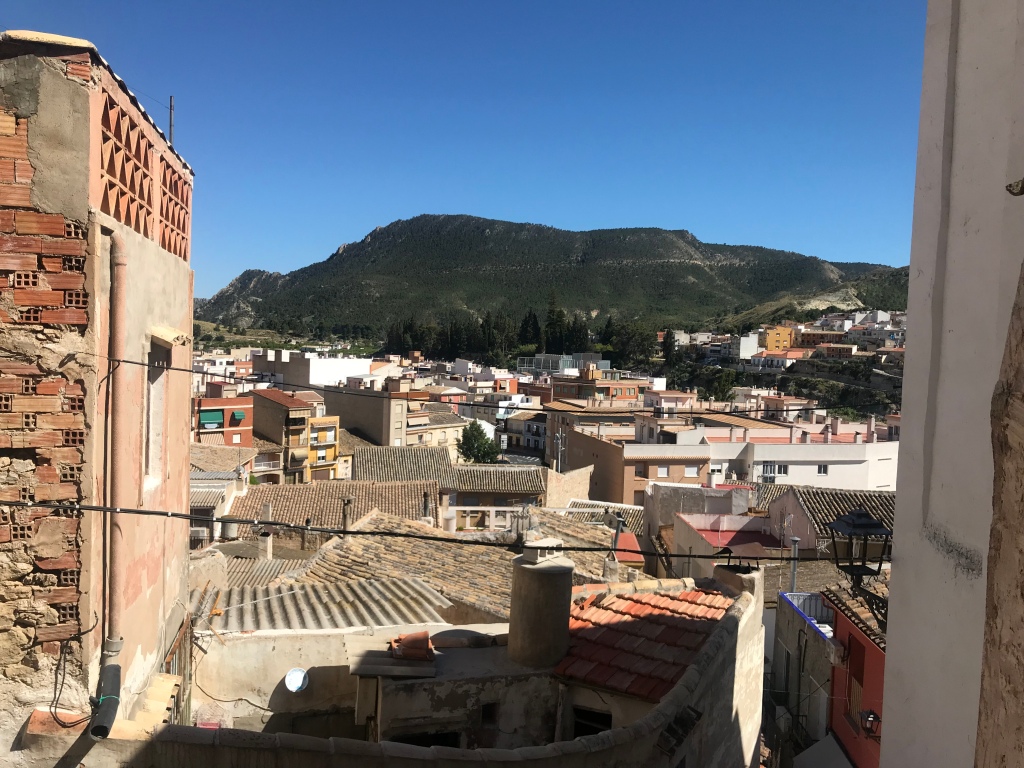 Later that evening Mark had made reservations at a restaurant in nearby Murcia, which is a city of about 750,000 that is about 30 minutes from Blanca. We will head there tomorrow to drop off our rental car and take a train back to Madrid. Our reservations were at 9 pm, otherwise known as the “American hour.” The Spaniards don’t show up until between 10 and 11. The place was packed at around 11 when we left. Today we are headed to another village about 30 minutes away for a substantial lunch. Basically, there won’t be much open later in Blanca on a Sunday night, so better to fill up earlier in the day. Some views of Murcia are below. 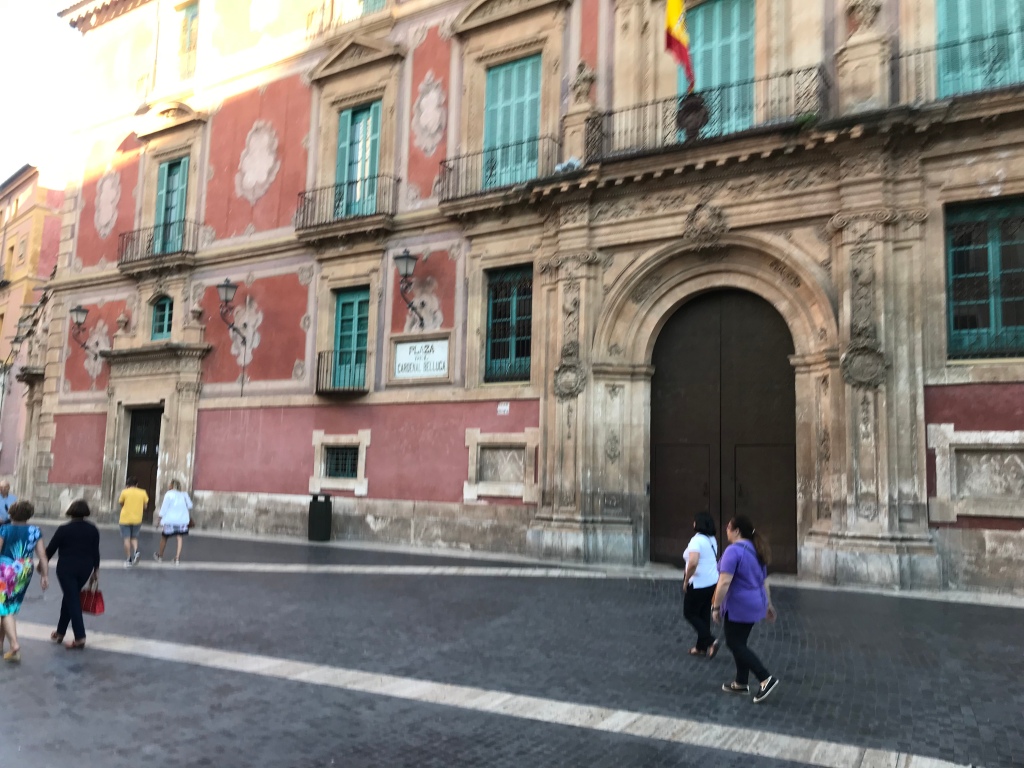